CAMPER with Emirates Team New Zealand skipper Chris Nicholson described the latest generation boats as difficult to build and to sail but said that challenge was integral to the allure of the Volvo Ocean Race for the fans and part of the job for the professional sailors who race them.

“You just can’t produce these faster boats — this exciting offshore action and also the in-port racing — you just can’t deliver the speed and thrills without some breakages,” he said.

“I imagine there are quite different opinions out there but everyone sailing on these boats know exactly what they are capable of,” Nicholson added. “We could be racing around in steel hulled boats, doing a maximum of 12 knots, never breaking anything and effectively turning everyone away from watching the race.

“I like the combination that we have. It’s very challenging and that’s one of the reasons it draws the best sailors in the world. These are pretty cool boats but they are difficult — and that is how it should be at this level of the sport.”

Team Telefónica skipper Iker Martínez believes that damage to boats in a round the world race is virtually inevitable and a factor the skippers and crews need to take into consideration when setting their strategies.

“The boats get damaged because they are very fast,” Martínez said. “They can easily reach 40 knots and to not have any damage at that speed the boat would have to be very strong and thus not ideal to win an around a world race.

“The best way to win this race is to have a very fast boat and stop it when it needs to be stopped,” he added. “That is the type of boat that we have, we compete with it, and we have to take all of that into account and that’s that.”

Sanderson said boat damage had always been a part of the Volvo Ocean Race and cited his experience in the 2005-06 race which he won on ABN AMRO ONE. “It was the first time the (new) boats had been used in the race and we had loads of problems, especially with the keel,” Sanderson said.

“We were using new things that hadn’t been tried before and there were failures. But there were also spectacular performances and distances covered like no one had ever seen before, especially in monohull boats.”

Abu Dhabi Ocean Racing skipper Ian Walker also pointed to a previous edition as evidence that fleet-wide boat damage was nothing new. “In the last race we only had one tough leg — on the way to China — and don’t forget three boats ended up getting smashed up on that leg and the others stopped,” he said.

However, Walker said that the fact that this time only Leg 5 winner PUMA Ocean Racing powered by BERG had made it to Brazil without stopping was a strong indicator that something was wrong.

“We — not just us, all the teams — just don’t seem to be able to get through the tough conditions in this race,” he said. “Before the start of Leg 5 it hadn’t been too bad. We hadn’t had too many breakages up until then.

“When you look at this leg however, you have to say we can’t go on like this.”

Walker did not put any blame on the design parameters or the quality of the boats’ construction for the failures.

“I don’t think you can blame the rule and these boats are all very well built,” he said. “I just think we are pushing them so hard and the boats are so stiff and so light that I guess things are inevitably going to break with these materials.”

Groupama sailing team skipper Franck Cammas believes that with each generation of Volvo Open 70s the teams try to make the boats more and more stable and learn from previous mistakes.

Cammas also pointed out that the teams and their designers were well aware that taking shortcuts to save money would be false economy. “We all know and the experts know that loss of reliability means at the end of the day a loss of money and a loss of time,” he said. “Reliability is the most important thing and every rule is twisted towards that.”

Cammas said he did not believe the latest fleet was any less resilient than in previous races but the boats were being pushed harder because of the level of competition this time.

“You can always change the rules, sometimes it’s good to and maybe we could make the boats more resistant – but let’s not worry ourselves too much, it’s all part of the sport.

“In Formula 1 if there was never an accident it wouldn’t even be Formula 1 and with the Volvo if there weren’t breakages like this we wouldn’t be hitting the extreme benchmark,” Cammas concluded.

Ken Read, skipper of Leg 5 winners PUMA Ocean Racing powered by BERG, said the modern day boats were arguably too fast and conditions had been such in the Southern Ocean that the helmsmen spent most of their time trying to slow down to avoid damaging the boat.

“That’s when the human element has to take over and say, ‘Listen, there is a limit to sailing these boats at this pace before things can go catastrophically wrong,’” Read said.

“Going at 40 knots is the dumbest thing you could do, because you would be out of control. However sometimes you don’t have the choice, a couple of big waves pick you up and suddenly you are off like a scalded dog.

Despite ultimately coming through Leg 5 unscathed, Read said the team owed a great deal to chance.

“There is a huge amount of luck involved,” he said. “It’s like a car crash — if I had left the house ten seconds later my car wouldn’t have been in that position and the whole thing would not have happened.

“Well, if something had happened just prior and you weren’t on that particular part of the wave at that point, then the boat wouldn’t have gone airborne and you wouldn’t have come crashing down and broken the boat in half.”

Read said he attributed much of the damage sustained by the fleet to how close the competition is in this edition.

“The fact is that the race has become so competitive, that forces us to push harder in conditions which we would traditionally not normally have pushed,” he said.

“To win you need to be on the edge all the time. Backing off means taking off that last 10 per cent, which means you have gone from completely out of control to just kind off out of control.”

“It’s human competitive nature to push and you can break anything but you have to have the self preservation mentality which says we can’ break now because this is how we are going to lost  the race.” 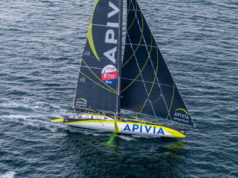 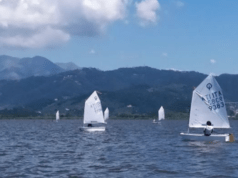 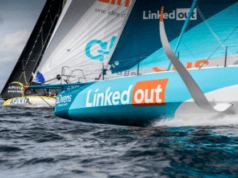 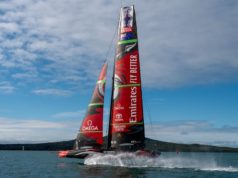 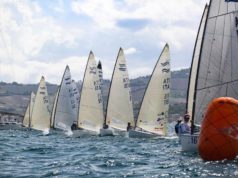 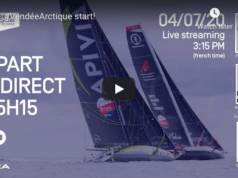 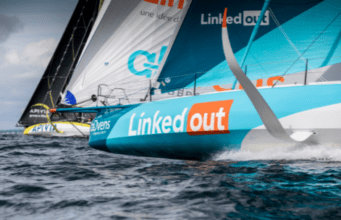 Volano i due FlyingNikka a Malcesine, test ok per i 69F