“Today was a perfect Miami day for sailing.  The wind was in the mid teens, the waves were good for surfing the boats downwind and the Star Class was out in force for the Bacardi Cup, a tradition of 89 years.

What other class of boat has a trophy that has been continuously competed for, for 89 years?  A trophy that started in Cuba?  Is there any other sporting event competed for in the USA that was started in Cuba? People say the Star is an old boat, traditional, slow etc.  Well it is, but it  it has also endured for 105 years.  The class has gone from a gaff rig to a Marconi rig, from wood to fiberglass and from cotton to Dacron.  The Star has evolved with the times, carefully accepting innovation while protecting its roots.  Today the Star is a modern boat and still challenging to sail well.  And the class is still be conducting championships with some of the top sailors in the world?

Why?  There is a lot of ingredients to the Star class that make it what it is.  It would be too lengthy to get into it here but when I come back to the Coral Reef dock at the end of the day, and tie up alongside Toben Grael, a man I have competed against for over 30 years, on the Southern Ocean, at the Olympic Games, at the America’s Cup, and we shake hands after a good battle in the Star, nothing needs to be said. He’s here and I am here for the same reason…there is nothing better than racing a Star.

Today, the German’s were the best team, following up on Monday’s win.  There were second at the first mark but got past Augie Diaz, (a giant in terms of the skill and camaraderie he brings) on the first downwind.  The two teams battled all race but the Germans prevailed and are putting together a very strong bid to win the Bacardi Cup.  Brian and I had a good day hovering around the 3-5 positions most of the race and finally finishing 3rd.  Diego Negri and Sergio were pushing us hard and finished 4th.  Torben and Guilherme were 5th“. 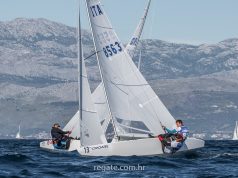 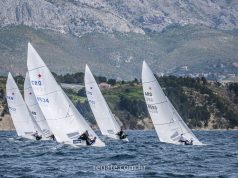 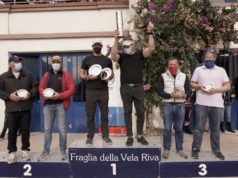 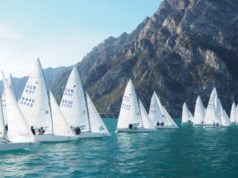 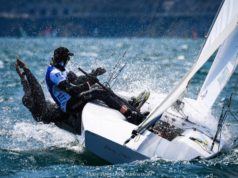 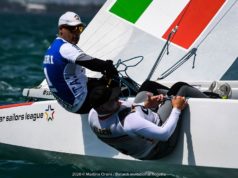 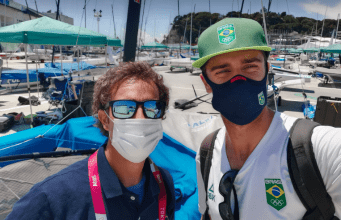