ILCA is aware that photos and videos of some developmental rigs for use with the Laser hull as well as portions of a recent media release from Laser Performance have led to quite a bit of questioning, speculation, and information (as well as misinformation) swirling around the internet.

First, ILCA has no plans to replace or remove any of our existing classes. The 4.7, Radial and Standard classes will continue as always with controlled, incremental evolution and development aimed at improving longevity, increasing the ease of use and reducing the cost of ownership.

Second, any new rigs that are in development are not proposed for inclusion in the Olympic reevaluation or sea trials. It is the existing Standard and Radial rigs that ILCA is working to have retained for the Olympic Games. The one proposed change at this time is a new composite Radial lower mast that is in development with an introduction planned so as not to conflict with the 2020 Olympics. The composite Radial lower mast is intended to eliminate any permanent bending issues seen in some aluminum masts and therefore reduce the cost of owning, maintaining and racing the Laser Radial.

Third, consistent with ILCA’s past practice, any new rigs for the Laser hull will only become class legal equipment after thorough testing and widespread evaluation in conjunction with the ILCA Technical Officer, the ILCA Technical and Measurement Committee and with the approval of World Sailing.

As background to our current situation, there have been various development projects for alternate rigs for the Laser hull for decades. Indeed, both the Laser Radial and Laser 4.7 rigs were developed at different times to extend the range of sailors who could enjoyably sail and compete on a Laser hull. Those classes rose from an experimental introduction to become very successful worldwide one-design racing classes, with the Laser Radial eventually being selected as Olympic equipment for the women’s one-person dinghy event beginning in 2008.

Four years ago, Performance Sailcraft Australia brought to the ILCA World Council information and video about new rig ideas they were working on in conjunction with some local sailing enthusiasts. They had gone through several design and testing iterations and felt they had something that showed promise. That concept was then brought to the World Council to see whether there might be any interest from the ILCA in furthering or adopting such a rig for use on the “Laser” hull. The World Council thought the idea had potential and encouraged further development. It was thought that a rig of this type might particularly appeal to the group of sailors that were transitioning out of the Optimist.

While many young sailors in Europe transition from the Optimist directly into the 4.7 rig, in other parts of the world this does not occur as regularly and we see sailors migrate into other classes, or try to jump directly into the Radial, which can be a difficult transition if the sailors are not yet physically capable of handling the rig in the prevailing conditions. Worse yet, many young people simply quit sailing if they find there is no suitable boat past the Optimist available.

With this context, the ILCA World Council therefore determined it worthwhile to see if a new rig could be developed that would facilitate a smoother transition from the Optimist into the Laser family. It was also believed that a new rig might potentially serve as a viable racing platform for smaller adults, for whom the Radial is too large and where the 4.7 hasn’t gained traction as a racing class.

Initial tests of this new rig (with the working name “C5”) have been positive and development has now reached the point where it would be useful to deploy a reasonable number of sample rigs “into the field” as a test to see how they perform in racing conditions in active fleets. The goal would be to get some feedback on the viability of the rig in competition and any difficulties or problems that might potentially arise so that these issues could be addressed before any kind of official adoption by the class. Performance Sailcraft Japan, which has long been championing the idea of a way to make the Laser more viable for lighter weight sailors, has stepped up to serve as the lead builder on the introduction of the “C5” test rigs.

It should be noted that this whole project predates by quite some time the current Olympic reevaluation process and is NOT a response to the announcement of sea trials or the review of the Laser as Olympic Equipment. As stated previously, it is the existing Standard and Radial rigs that ILCA is working to have retained for the Olympics. The only thing new for the Laser Olympic classes at this stage is the proposed addition of a composite Radial lower mast. It should also be noted that all the builders, including Laser Performance, and Performance Sailcraft Japan, were in attendance at the relevant World Council and Technical Committee meetings over the past four years and have been fully aware of the “C5” development project.

In addition to discussions about the “C5” project at the ILCA World Council meeting in November 2018, an announcement was made by Laser Performance that they had recently begun working on their own new rig for use with the Laser hull. They indicated that the project was not yet to the point where they could share information about the design but wanted to keep the class apprised that there was an ongoing development project. It was explained that more detailed information would be provided if or when the project looked viable and that the rig (or rigs) could be used effectively on the Laser hull. It now appears that Laser Performance is calling their new rig the “ARC.” Depending on the progress of the ARC rig, ILCA may be able to evaluate both the ARC and the C5 approaches before moving forward with the process of adopting a new rig as class legal equipment.

So, although there are several designs currently being developed by different builders, ILCA’s intention for adopting any new rig would be to attract a group of sailors to the “Laser” family that we are currently not capturing. Of course, we recognize that there will be future development on these projects and ILCA will continue to monitor and work with all builders as we have in the past.

Obviously, ILCA can’t say whether any of these new rigs would ultimately prove to be successful. Success or failure would be up to the sailors – who could decide whether or not to purchase rigs and sail in a new class or choose one of the three existing classes (Standard, Radial, 4.7). To be certain, IF the class adopts such a rig, ILCA would work to ensure a strict one-design approach is maintained so that, as always, it is a sailor’s ability, and not the amount of money spent on equipment, that determines who wins a race.

Finally, ILCA fully understands and appreciates that perhaps the best feature of sailing a Laser is the opportunity to race one-design, at low cost, in large fleets, with a high level of sailing skill. This is what we strive to maintain for our members and what we will continue to focus on as a class association. 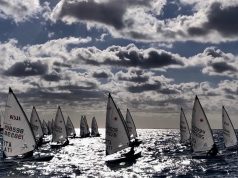 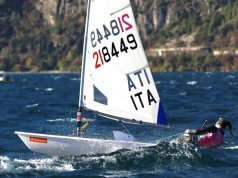 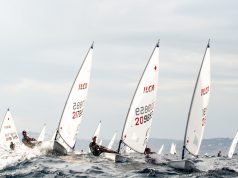 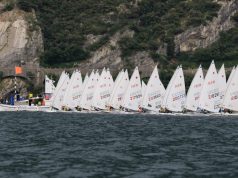 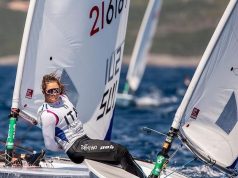 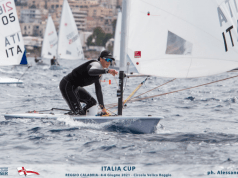 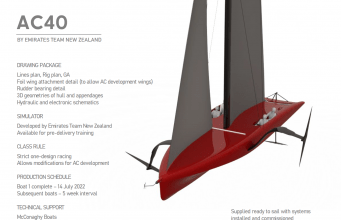