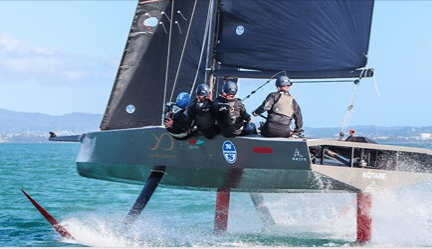 “The Royal New Zealand Yacht Squadron (RNZYS) has today confirmed that next year’s Youth America’s Cup event has been cancelled due to New Zealand Government restrictions around immigration. Despite the event being an official part of the America’s Cup and being fully funded through sponsorship and entry fees, as well as creating dozens of jobs for New Zealanders, it will not be given the same exemption status that other America’s Cup teams have been granted.

The event was a collaboration between RNZYS, the China Sports Industry Group (CSIG) and Emirates Team New Zealand (ETNZ). The curtain raiser regatta was initially scheduled to run in China, and this was later changed to Auckland with the impact of COVID-19 in China. It would then have run across three weeks in early 2021, around the Prada Challenger Series and the 36th America’s Cup period. With 19 entries from 13 nations confirmed it was set to be a huge event for New Zealand complementing the Prada Cup challenger series and America’s Cup match superbly. It was estimated to generate more than 10 million dollars into the New Zealand economy, create jobs for New Zealanders and promote New Zealand internationally. Many of the international teams entered had indicated they would be arriving months in advance to train for the regatta.

“We are bitterly disappointed,” says RNZYS Chief Executive, Hayden Porter. “The sailors, boat builders,sponsors plus everyone who has invested their time and passion into the Youth America’s Cup event are all devastated by the Ministry of Business, Innovation & Employment’s (MBIE) decision that this event cannot go ahead.

The reasons we were given for not getting the immigration clearance required were that MBIE has not invested directly into this event and that New Zealanders could perform the sailing roles for the international teams. We are struggling to understand how that is possible as it is an international event and teams have to represent their country. Furthermore, it came at no cost to the Government at a time where New Zealand needs this type of event and investment.”

Ian Cook, RNZYS Commodore and Yard Owner of Yachting Developments (YDL) who were building theAC9F yachts that were to be used, says “The boat design and build project has required a huge amount of financial investment from YDL and other New Zealand marine businesses as well as incredible dedication and many hours being spent by my talented team. It is hard to face the disappointment we all feel with the event no longer going ahead through no fault of our own. It is a big blow to the NZ Marine industry.”

The AC9F foiling mono hull boats have been designed by Yachting Developments in collaboration with anumber of parties including, Harken, Southern Spars and North Sails. Over these past months everyone has keenly followed the boat development, watching the on-water testing on the Waitemata Harbour around the world, with a cutting-edge yacht as the result.

As an exclusive partner of the Youth America’s Cup, China Sports Industry Group expressed its sincere regrets over this news while remaining committed to an ongoing collaboration with the RNZYS and ETNZ to promote youth sailing, especially on foiling boats, as well as taking the message to the worldwide sailing community.

The Youth America’s Cup is a stepping stone into the main America’s Cup event for young sailors and theRNZYS has had to advise 19 teams entered from 13 nations that the event is cancelled. The teams represent the America’s Cup sailors of tomorrow and the sailors are devastated. This event was to also be the first gender diverse event of its kind. RNZYS Chief Executive, Hayden Porter says “The event was fully funded and had been creating jobs for New Zealanders. It is frustrating because the teams were also willing to quarantine here at their own expense but New Zealand Government rules around immigration have forced the cancellation, despite the obvious benefits in terms of jobs and international investment.”

The RNZYS Youth America’s Cup squad of six male and six female sailors, aged between 18 – 25 years, is now our silver lining. Led by Leonard Takahashi and Nick Egnot-Johnson, these sailors will continue to train together. If Emirates Team New Zealand has a successful America’s Cup defence in March 2021 the RNZYS intends to reinstate the event later that year with both international and local events. The AC9F yacht will be available for international teams to purchase and train on for these events.

“When the Covid-19-affected world changes, the Youth America’s Cup will be back on the cards for Auckland and we will all be ready,” say both Cook and Porter”. 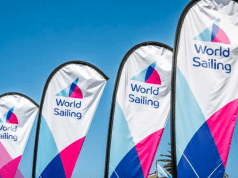 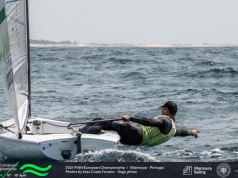 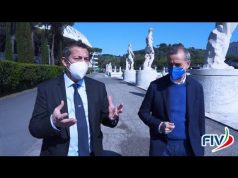 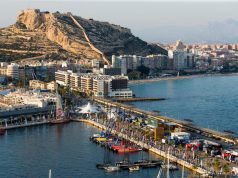 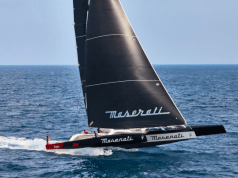 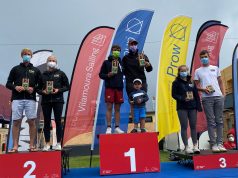 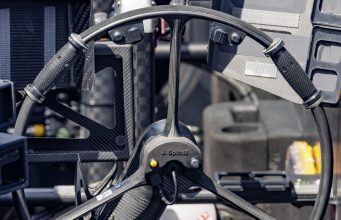